CSS Subgrid is a part of CSS Grid Level 2 Spec by CSS working group. It solves a common use case which wasn't so obvious when grids were launched. Let's dig deep into what it is!

CSS grids are primary used for building complex layouts for the web. And when you start building such layouts, there would be use-cases where you would want to use grids for child components as well. This is great! But there is one non-obvious thing that happens when you do so.

Each time you write display: grid, a new grid context is created which is totally unaware of the parent grid.

Now, due to this obscure spec, you would end up with layouts that are not aligned to your main grid(parent's grid) of the webpage. And it's because of this problem, Subgrid are here.

Here is an example of a two-column grid container with two child elements. 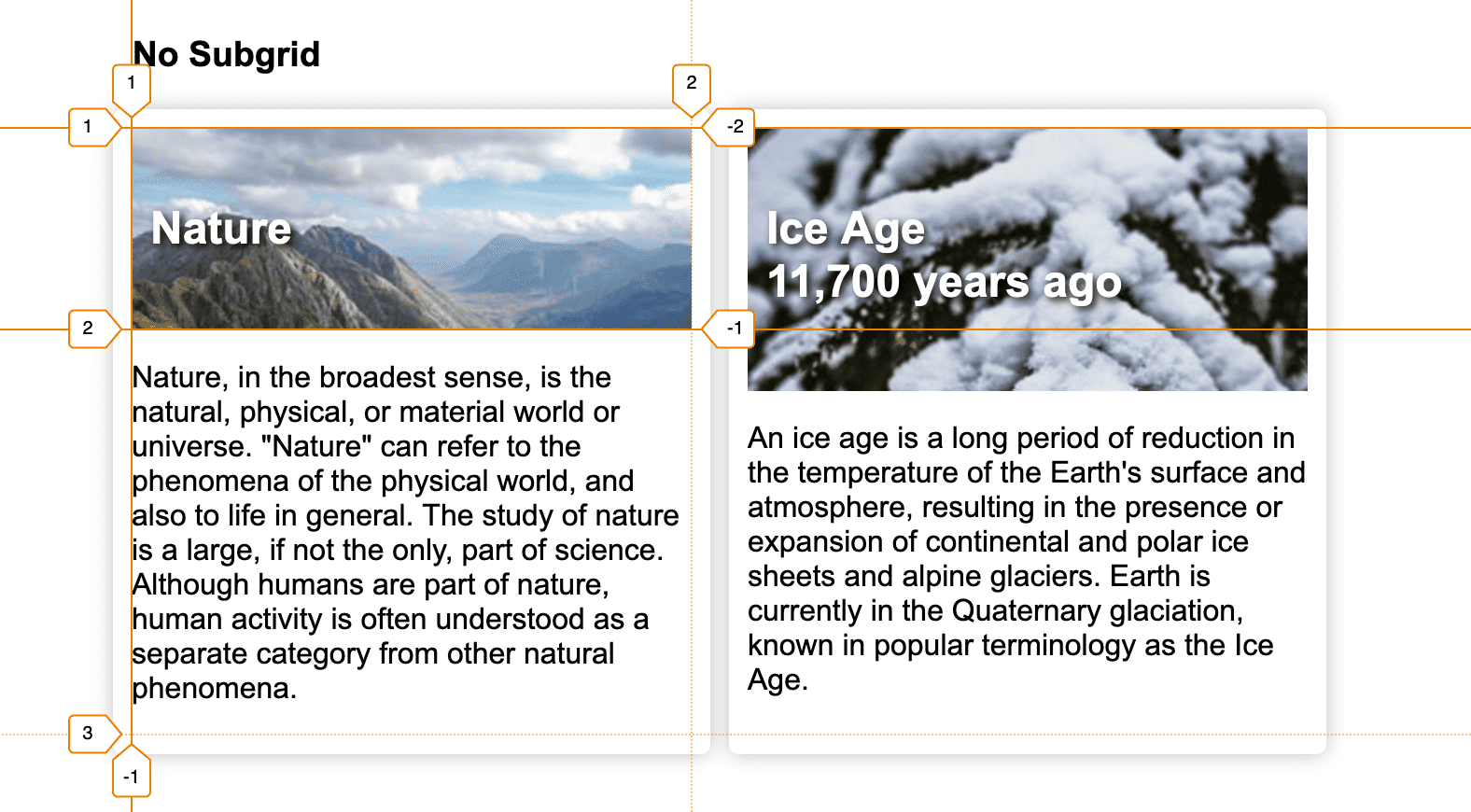 In this case, the two cards are a part of grid and are aligned properly. But in you see the content of the grid, they are aligned differently for each other although the card itself is a grid. 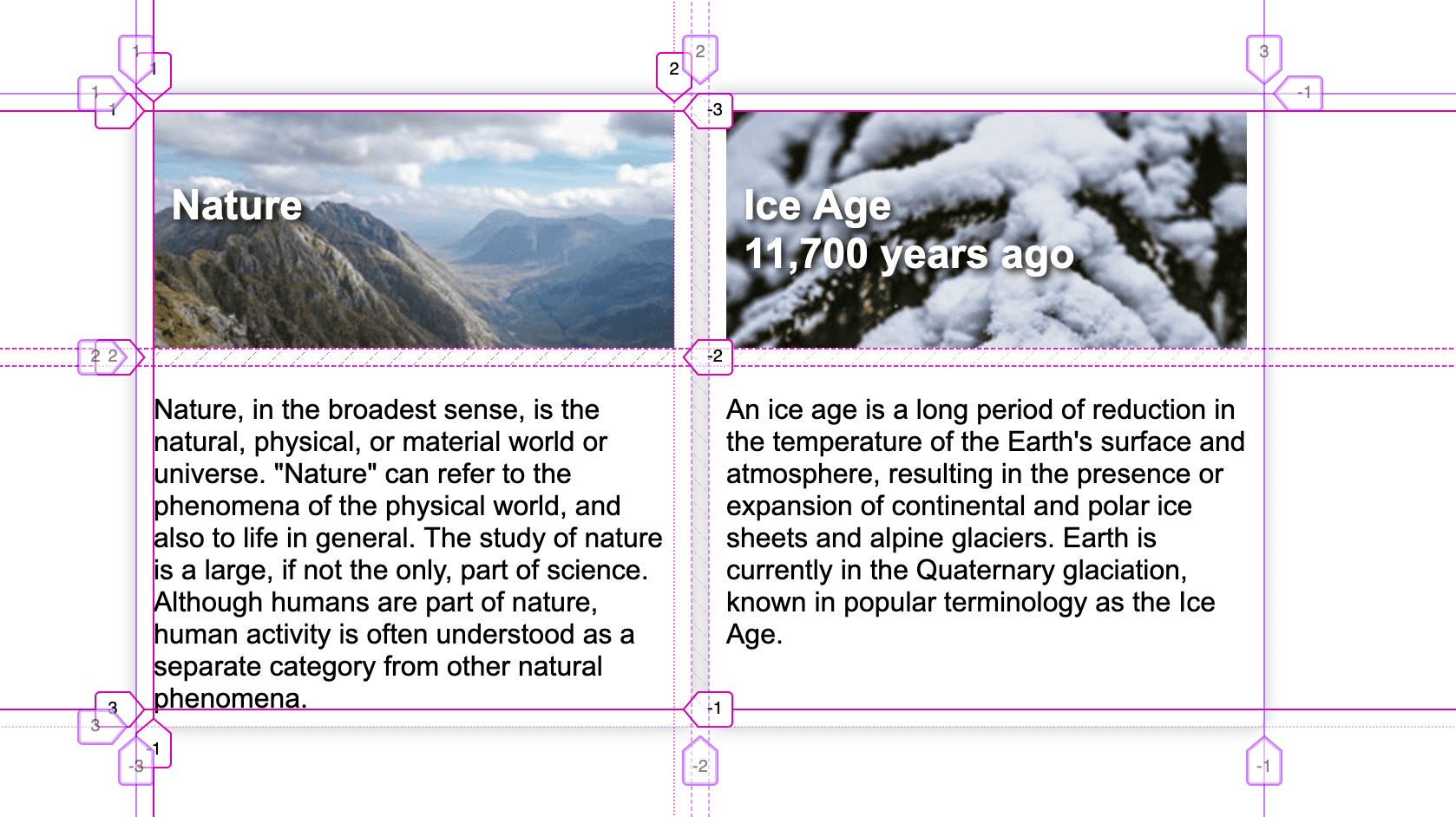 Here, the grid line No. 2 is the same for both the cards, thus making the alignment same.

PS: Properties like grid-gap and names grid lines are also inherited by the subgrid from parent grid.

Checkout the above example for yourself in Codepen.

Currently the Subgrid spec is only available in Mozilla Firefox Nightly release, but support for other browsers are also currently being worked upon. caniuse.com

Bonus: Here is a Scrimba Screencast that explains Subgrid with code.